It looks like the jumpsuit may be on its way to becoming a costume rather than a fashionable garment in the wardrobes of some celebrities. Jessie J and Nicki Minaj may be able to pull it off (or not) in their own quirky ways, but when it becomes bridal wear or “glamorous” stage attire, the jumpsuit unfortunately loses all appeal. At a concert in China last week, Kylie Mongue wore this sheer jumpsuit over an embellished leotard. She might as well have worn a sheer dress, rather than disgrace the jumpsuit, which appears to be fashioned from pantyhose, and though wide-leg jumpsuits may be trendy, the tacky pleating makes me wonder if Minogue was perhaps inspired by Lady Gaga’s recent mermaid stage costume. Either way, if she was so intent on going down the sheer fashion route, she should have opted for a dress. 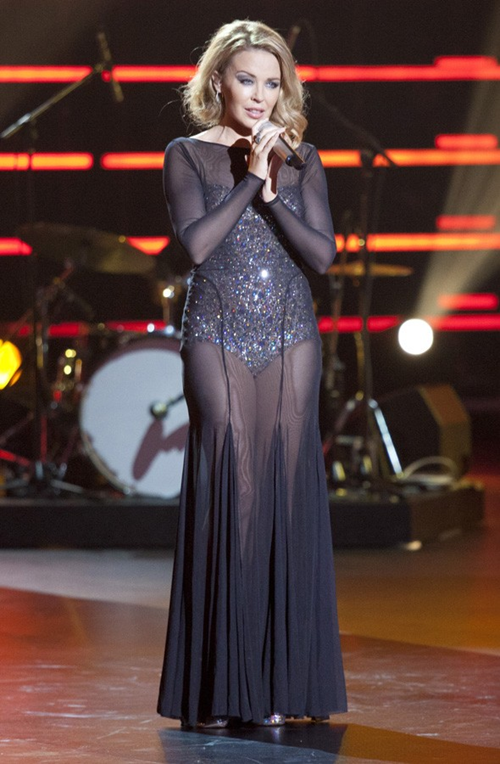