Over the past two months, Lindsay Lohan has been the subject of an ongoing court case, and the media has given an overwhelming amount of focus to Lohan’s clothing choices for her court appearances. The New York Times for instance, published an article titled “Turning the Perp Walk Into a Runway Strut,” while others have started using the catch phrase “felony fashion” for Lohan’s courtroom attire. Lohan however, is an entertainer in the constant media spotlight; it is a given that she will wear designer dresses. Pictured below, the outfits are really not all that bad, and definitely don’t deserve the amount of negative publicity being given.

While journalists and photographers have been exhausting all of their focus onto researching the designers behind Lohan’s garments, the public has not received a clear picture of the PR tactics used Kamofie & Company– the store accusing Lohan of necklace theft.

On January 22nd of this year, a necklace worth $2,500 was reported missing from the  jewellery boutique in Venice, CA. Surveillance tapes showed  Lohan trying on the necklace, and leaving the store with it still on. She was charged with felony grand theft, and pleaded not guilty, citing a miscommunication with her stylist. A preliminary hearing has been scheduled for April 22nd, where it will be decided if there is enough evidence for Lohan to stand trial. 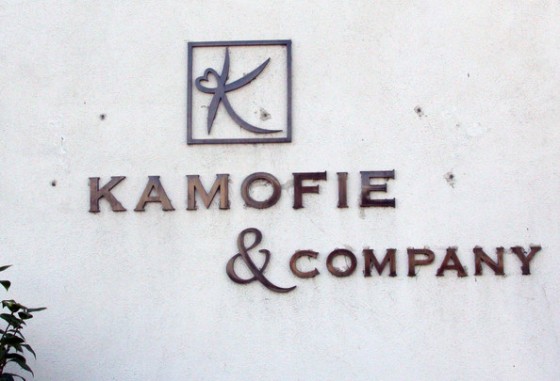 Kamofie & Company hired PR Crisis Management Expert Christopher Spencer from Spencer Company as their official media spokesman, after they accused Lohan of the theft. Since then, three main PR strategies have been employed: hyping up and selling video footage from the store’s surveillance cameras to the media, announcing that they will auction off the bracelet and give the proceeds to charity, and stirring up rumours of a potential book deal about the entire incident.

According to Spencer, “customers have stayed away from the store because of the paparazzi and the controversy.” Really? A small boutique accuses superstar Lindsay Lohan of theft, becomes world-famous, and people aren’t flocking to the store?

Spencer Company created www.necklacevideo.com to provide the public with press releases and news updates  regarding the prosecution’s side of the case. They sold the video footage from the store’s surveillance tapes to the Associated Press for $35,000, who in turn gave exclusive airing rights to Entertainment Tonight. Prosecuting lawyers are rumoured to have tried to dissuade store from selling the video footage, as it calls their intent into question.

According to Spencer, “the money that will be recouped from the release of the video won’t come close to covering the losses. There’s no profit motive”.  So apparently $35,000 doesn’t cover the losses of a necklace valued at $2,500.

Their next PR move was to announce that they would auction off the necklace and donate the proceeds to charity. The store owners invite the public to suggest possible charities, through the necklacevideo.com website. But—the auction will not take place anytime soon, as the necklace is still being held as evidence by the LA District Attorney.

The latest update with this news story was reported last month—rumours that Spencer was shopping around for a book deal for Kamofie & Company. He contacted Sharlene Martin, a literary agent who specializes in crime-related books, about a possible book deal, but she told him that the necklace incident was “a moment, not a book.”

Clearly, owners of Kamofie & Company have let the publicity get to their heads. What began as a legal case with a judge and a court room, has advanced into an attempt to climb up the publicity ladder by employing pretentious PR tactics. They hired a PR Crisis Management expert to represent them to the media. But really, what crisis did they face, besides the loss of a single necklace?

Criminal Defence Lawyer Steve Sadow says it perfectly: “The pursuit of a book deal, coupled with the sale of the surveillance video, clearly demonstrates that the owner is interested in money and publicity, and has trumped up the allegations against Ms. Lohan to further his own interests, not to seek justice.”

In light of the Taliban’s recent burka decree, I thought it would be important to discuss why Muslim fashion cannot again be relegated to the icon of the burka in the Western media. Swipe ⬅️ for Snippets from my latest ✍️ for @stylistmagazine
#currentlyreading "Discretion" by @faiza.guene 📖
"Self-care is not self-indulgence, it is self-preservation" - American feminist, librarian & civil rights leader Audre Lorde ✍️ ( + a timely #mothersday reminder 💡) #style #selfcare #quote #comfort #limegreen #ribbedpants #flaredpants #kickflare #gucci #whiteshirt #quoteoftheday
It's crazy how much more traction & visibility #Reels get when compared to traditional photo posts on #Instagram 🤯 I experimented with some book Reels during Ramadan but honestly, regardless of the # of views, it's the photos that still do it for me 📷 🎨📚 #nonfiction #islam #books #muslimbooks #bookstagram #content #photos #pictures #nostalgic #oldinstagram
Hold on hard to those Ramadan vibes & habits🤍📖🤍🙏🏽🤍 #eidmubarak #ramadan2022 #holy #spirituality #keepitgoing #rainbowquran #henna #eid
🤍 e i d m u b a r a k 🤍 I rediscovered the joy of henna with @azrahenna stencils by @dr.azra this Eid 🤗 #happyeid #eidmubarak #eidsaeed #henna #mehndi #flowers #hearts #hand #lillies
Finally got my hands on Jordans 🤣 Have been living in this @fmm.dubai kaftan the last week of Ramadan 💫
Wrote a 📝 lamenting how language and patriarchy impact perceptions of menstruation in Muslim communities, now live on @ketish 🖍️ Ft. @villageauntie @sexualhealthformuslims @tamaralgray @butchware ⚖️ [getketish.com] #religion #faith #culture #patriarchy #menstruation #periods #women #Muslimwomen #spirituality #purity #language #reform #holistic #sexperts #Muslims
“High necklines, low hemlines – these quintessential modest fashion aesthetics are no longer the headline-making phrases they once were. Since modesty’s buzzy foray in fashion five years ago, the retail category has not only been widely accepted and embraced, it has also evolved tremendously...”
Q&As can be quite fun when you're on the other side 💁🏻‍♀️ thank you for forcing me to think about my motivations to write moving forward, @ziyadmakhoul 📝 fashiontrustarabia.com @fashiontrustarabia #interview #fashion #style #modestfashion #sustainability #writer #middleeast
It makes sense to post this review on Easter, as Sheikh Nur (aka Lex Hixon, 1941-1995) was a follower of different spiritual paths, including Christianity, which ultimately led him to becoming a Muslim Sufi sheikh. He preached that “there is only One Reality manifesting though all the great authentic spiritual traditions, and at the higher level (hakikat), no actual conflict or divine rivalry exists between the religions” – a concept quite difficult for most people to appreciate due to various differences between religious doctrines, which are highlighted all too often today.
Trading in colourful kaftans for a different sort of “Ramadan collection” of velour and jersey co-ords in neutral hues 🤍 We’ve been asking brands for comfort, simplicity and practicality from “Ramadan” and “modest” collections and @aeriemena has delivered ✔️ #suit #allgrey #sweatpants #flares #ramadan #style #lotd #ootd #monotone #AerieRealMena #BreakTheBias
When you've been thinking about something for more than half of your life and then have just a few hours' deadline to write about it 😳⚡ Swipe for some snippets from my latest 📝 for @the.independent and read the full piece at independent.co.uk/voices 👀
Discovered Aerie’s super-flares in these sumptuous summer shades 😍 Which colour is your favourite? @aeriemena #lotd #ootd #flares #comfort #style #whiteshirt #sneakerchic #AerieRealMena #BreakTheBias
“Indeed in the remembrance of Allah do hearts find peace" 💞🌙🙏🏽💫 #ramadan #reading #soul #Quran #EnglishQuran #faith #beauty #love #clutter #pinkquran #rainbowquran #quoteoftheday #inspirationalquotes
Happy Publication Day to Journeys Toward Gender Equality in Islam! From my review & interview with Ziba Mir-Hosseini for @thenewarab:
Snippets from my latest 📝 for @stylistmagazine - read the full story online now at www.stylist.co.uk 💫 Can you guess the brand being referenced in the intro? (hint: was featured in a poll on my stories last week!) #ramadankareem #ramadanfashion #muslimwomen #diversity #inclusivity #fashion #modestfashion #ramadan #kaftans #wewantmore
I think @sofia_reading referred to today's chapter on the meaning/context of hijab as a "bombshell" 👀 Looking forward to our first Ramadan #readalong discussion later today ✏️#bookclub #ramadan #reading #FatimaMernissi #muslim #islam #gender #Muslimwomen #hijab #veil #feminism #history #culture #politics #nonfiction #bookstagram
Happy Friday & Ramadan Kareem🌙 May the month bring us all abundant blessings and opportunities to focus inwards insha'Allah 🙏🏽 💭 #happyramadan #ramadankareem #ramadanmubarak #prayer #prayerdress #spirituality #simplicity #selfreflection
I read this over a year ago and after it was brought up in our Islam & Gender book club headed by @sofia_reading last week, I realised I never posted a review! Will be highlighting this, along with my other 10 favourite nonfiction books on #Muslimwomen in a reel tomorrow to celebrate #MuslimWomensDay 📚
Loading Comments...
%d bloggers like this: